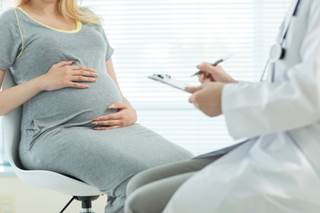 Women with r-AKI had increased rates of preeclampsia and premature infant births, compared with controls.

HealthDay News — Women with recovered acute kidney injury (r-AKI) who become pregnant have increased risk of preeclampsia and adverse fetal outcomes, according to a study published online in the Journal of the American Society of Nephrology.

Jessica Sheehan Tangren, MD, from Massachusetts General Hospital and Harvard Medical School in Boston, and colleagues retrospectively studied all women who delivered infants from 1998 to 2007 to examine whether a previous episode of AKI correlated with subsequent maternal and fetal outcomes. Pregnancy outcomes were compared for women with r-AKI without a history of chronic kidney disease (105 women) and those without kidney disease (24,640 controls).

The researchers observed similar pre-pregnancy serum creatinine measurements for the r-AKI and control groups (P = 0.36). The rate of preeclampsia was increased for women with r-AKI versus controls (23 vs 4 percent; P < 0.001). Infants of women with r-AKI were born earlier than those of controls (P < 0.001), and the rate of small-for-gestational-age births was increased (P = 0.013). r-AKI correlated with increased risk for preeclampsia and adverse fetal outcomes after multivariate adjustment (adjusted odds ratios, 5.9 and 2.4, respectively). These associations persisted when women with r-AKI and controls were matched in a 1:2 ratio by age, race, body mass index, diastolic blood pressure, parity, and diabetes status (odds ratios, 4.7 and 2.1, respectively).

"Thus, a past episode of AKI, despite return to normal renal function before pregnancy, [is] associated with adverse pregnancy outcomes," the authors write.