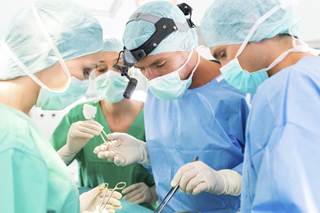 Cytoreductive nephrectomy (CN) use remained stable in the targeted therapy era, but more patients are receiving a combination of CN and systemic therapy.

The main driver is use of systemic therapy, according to lead researcher Nawar Hanna, MD, of Brigham and Women's Hospital in Boston. Cytoreductive nephrectomy (CN) use remained stable in the targeted therapy (TT) era, but more patients are receiving a combination of CN and systemic therapy.

Using multivariable logistic regression, the researchers discovered independent predictors of CN utilization: papillary and chromophobe histology, higher Fuhrman grade, T2/T3 primary stage, and diagnosis within the TT era. African Americans, older patients, and those with more comorbidities were less likely to undergo CN, as were patients treated in non-academic centers or with no insurance.

“The significant advent of TT has blurred the role of CN in contemporary patients diagnosed with mRCC,” Dr Hanna stated.

Although there is an ongoing clinical trial assessing the role of CN with TTs (CARMENA), existing data for CN in this context were infrequently examined, he explained. Whether CN should remain an integral part of treatment for patients with mRCC following the immunotherapy era remains an open question.