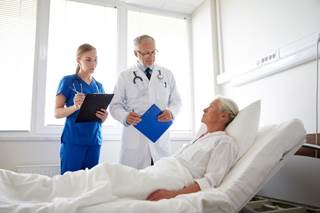 About 25% of patients who present with metastatic renal cancer will undergo nephrectomy after diagnosis.

SAN DIEGO—Despite research supporting nephrectomy as a treatment for metastatic renal cell carcinoma (mRCC), its use has not increased in 20 years. Now researchers detailed factors influencing use of the procedure in a presentation at the American Urological Association 2016 annual meeting.

Joel Slaton, MD, Sean Elliott, MD, and Oluwakayode Adejoro, MD, investigators from the University of Oklahoma in Oklahoma City and the University of Minnesota in Minneapolis, used the SEER-Medicare database to identify 5,269 patients with mRCC (node positive or metastatic) during 1996-2010. Of these, 1,478 (28%) underwent nephrectomy within a median 1.22 months of diagnosis.

“Over the past 20 years, clinical studies have demonstrated a survival benefit in patients presenting with metastatic disease who undergo a nephrectomy, particularly those treated with adjuvant immunotherapy,” Dr Slaton said. “However, despite this advantage, rates of nephrectomy have not increased during this time. Our database supports the use of nephrectomy among those patients who will clinically tolerate it.”

As all patients were older than 64 years, the investigators could not determine the impact of nephrectomy on younger mRCC patients. The SEER database does not include data regarding the tumor burden (sites and volume of disease) except for differentiating between lymph node involvement and the presence of metastatic disease. The data also were insufficient to assess the role of nephrectomy in patients receiving a tyrosine kinase inhibitor or mTOR inhibitor.