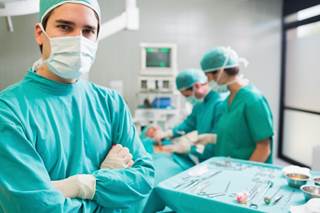 Bladder preservation for MIBC is associated with a higher mortality rate and greater costs compared with radical cystectomy.

Using the Surveillance, Epidemiology, and End Results (SEER)–Medicare linked database, Stephen B. Williams, MD, and colleagues from the University of Texas Medical Branch in Galveston analyzed outcomes in a cohort of 1374 patients with clinical stage T2 to T4a bladder cancer: 687 patients who underwent RC (alone or with chemotherapy or radiation) and a propensity score-matched group of 687 patients who received trimodal therapy. Patients were aged 66 years or older.

Patients who had trimodal therapy had a significant 49% increased risk of death from any cause and 55% increased risk of cancer-specific mortality compared with those who underwent RC, the investigators reported in JAMA Surgery. Cisplatin or 5-fluorouracil plus mitomycin C chemotherapies were associated with better survival than other regimens, but were still less effective than RC.

Trimodal therapy was significantly more expensive than RC over the short term. Median total costs to Medicare at 90 and 180 days were $8964 and $63,771 higher, respectively. “Extrapolating these figures to the total US population revealed $335 million in excess spending for trimodal therapy compared with the less costly radical cystectomy ($492 million) for patients who received a muscle-invasive bladder cancer diagnosis in 2011,” Dr Williams and his team stated.

In an accompanying editorial, David Cahn, DO, MBS, Elizabeth Handorf, PhD, and Marc Smaldone, MD, MSHP, of Fox Chase Cancer Center in Philadelphia, argued that the study findings do not settle the question of whether RC or trimodal therapy is best for MIBC. The data were “not granular enough to capture influential variables, such as tumor burden, the extent of a resection, and patient frailty.”