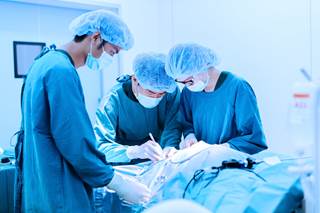 In a study, partial nephrectomy was associated with a 66% lower risk for stage 4 or higher CKD versus radical nephrectomy.

The relative impact of each surgery on kidney function has not been settled, so John T. Leppert, MD, of Stanford University School of Medicine in Stanford, California, and colleagues used the Veterans Health Administration 2001–2013 database to compare outcomes for 9759 radical RN and 4370 PN patients.

Stage 4 or higher CKD developed in 7.9% of those with preoperative estimated glomerular filtration rate (eGFR) at or above 30 mL/min/1.73 m2, according to results published online in the Journal of the American Society of Nephrology. Patients reached those stages at a median of 5 months after surgery. Subsequent progression was uncommon. Significant results showed that PN was associated with 66% lower risk.

Patients with near-normal preoperative eGFR (at or above 60 mL/min/1.73 m2) fared similarly. PN was linked with a significant 85% lower risk for stage 3b or higher CKD. Again, the median time to significant kidney function decline was 5 months. Moreover, as other studies have shown, PN patients had a 45% lower risk of death.

In a study of patients with chronic kidney disease (CKD), those in the lowest vs highest quartile of 24-hour urinary potassium excretion had a 3-fold increased risk of CKD progression.

In a new study of patients with chronic kidney disease, the presence of kidney stones, compared with their absence, was significantly associated with a 2.3-fold increased risk of osteoporotic fracture.