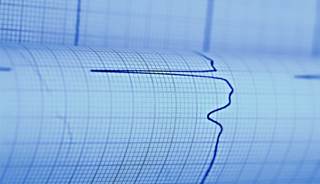 Kidney disease is associated with an increased risk for the development of atrial fibrillation (AF), according to researchers.

The finding is from a meta-analysis of data from 16,769 community-dwelling individuals who participated in 3 prospective studies: the Jackson Heart Study, the Multi-Ethnic Study of Atherosclerosis, and the Cardiovascular Health Study. The individuals did not have AF at the start of the studies. A team led by Nisha Bansal, MD, of the University of Washington in Seattle, observed a stepwise increase in the risk of AF with decreasing kidney function. Compared with individuals with an estimated glomerular filtration rate (eGFR) of 90 mL/min/1.73 m2 or higher (reference), those with an eGFR of 60–89, 45–59, 30–44, and less than 30 mL/min/1.73 m2 had a significant 9%, 17%, 59%, and 2-fold increased risk of incident AF, respectively, Dr Bansal and colleagues reported online in the Clinical Journal of the American Society of Nephrology (CJASN). In addition, the investigators observed a stepwise increase in the adjusted risk of incident AF across categories of increasing urine albumin-to-creatinine ratio (UACR). Compared with individuals who had a UACR less than 15 (reference), those with a UACR of 15–29, 30–299, and 300 mg/g or higher had a significant 4%, 47%, and 76% greater risk of incident AF, respectively.

“Our findings provide further conclusive evidence that abnormal markers of kidney function are significant risk factors for the development of AF,” the researchers concluded in their paper.

In a press release issued by the American Society of Nephrology, which publishes CJASN, Dr Bansal stated: “This study found that even modest abnormalities in kidney function were linked with a higher risk of developing atrial fibrillation later in life.”

Atrial fibrillation, he noted, may affect the selection of cardiovascular therapies and is associated with poor clinical outcomes. “Thus, an understanding of the risk of atrial fibrillation across a broad range of kidney function is important.”

Bansal N, Zelnick LR, Alonso A, et al. eGFR and albuminuria in relation to risk of incident atrial fibrillation: A meta-analysis of the Jackson Heart Study, the Multi-Ethnic Study of Atherosclerosis, and the Cardiovascular Health Study. Clin J Am Soc Nephrol 2017; published online ahead of print.  doi: 10.2215/CJN.01860217