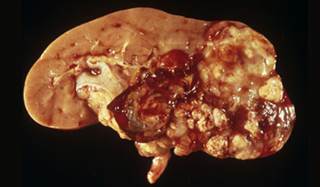 In a study, patients in the highest quintile of urinary albumin excretion had a 4.5-fold increased risk of urothelial cell carcinoma vs those in quintiles 1–3.

Lyanne M. Kieneker, MSc, of University Medical Center Groningen, Groningen, the Netherlands, and colleagues studied 8320 participants in the PREVEND study, a prospective, population-based cohort of Dutch men and women aged 28 to 75 years and with no UCC at baseline. Study enrollees had a median baseline UAE of 10 mg/day, and was significantly elevated among those in whom UCC developed during follow-up.

During a median follow-up of 11.8 years, UCC developed in 83 individuals; UCC was invasive in 40 of them. Compared with patients in UAE quintiles 1–3 (reference), those in the highest quintile had a significant 4.5-fold and 5.9-fold increased risk of UCC and invasive UCC, respectively.

After adjustment for age, sex, baseline estimated glomerular filtration rate, weight, height, alcohol consumption, and smoking, both associations remained significant, with patients in the highest quintile at 1.7- and 2.5-fold increased risk for UCC and invasive UCC, respectively, according to the investigators. Baseline eGFR was not independently associated with UCC risk.