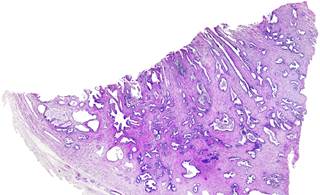 After an additional 1 year of follow-up, apalutamide plus ADT continued to show a significant decrease in the risk of progression to metastasis or death.

An updated analysis of patients in the SPARTAN trial showed that apalutamide continues to demonstrate benefit for patients with high-risk nonmetastatic castration-resistant prostate cancer (nmCRPC), according to findings presented at the 2019 Genitourinary Cancers Symposium.

SPARTAN is a phase 3 multicenter, randomized, double-blind trial that enrolled 1207 patients with nmCRPC who had a prostate-specific antigen (PSA) doubling time of 10 months or less. Investigators randomly assigned 806 patients to receive apalutamide plus androgen deprivation therapy (ADT) and 401 to receive placebo plus ADT. The primary analysis, which was conducted 1 year ago, showed that apalutamide decreased the risk of distant metastases or death (metastasis-free survival [MFS]) by 72% compared with placebo.

The updated analysis, conducted by Eric J Small, MD, of the Helen Diller Family Comprehensive Cancer Center, University of California, San Francisco, and collaborators, looked at second progression-free survival (PFS2) — defined as the time from randomization, through the development of metastases,  until disease progression on subsequent anticancer therapy or death — and safety after 1 year of additional follow-up. The median treatment duration with apalutamide and placebo was 25.7 months and 11.5 months, respectively. (In the original analysis, the median treatment duration was 19.2 and 11.2 months, respectively.)

“These data suggest that earlier treatment, prior to the development of overt metastases, is likely to provide an advantage over delaying therapy until metastases develop,” Dr Small said in an interview with Cancer Therapy Advisor.

Rates of discontinuation due to progressive disease and adverse events (AEs) were 27.3% and 12.7%, respectively, in apalutamide-treated patients and 73.4% and 8.4%, respectively, in the placebo arm. Dr Small's team found no substantial change in the incidence of treatment-emergent AEs in the apalutamide group at the 1-year update, despite a longer exposure time to apalutamide.