Kidney Cancer Brain Metastases Not On the Rise 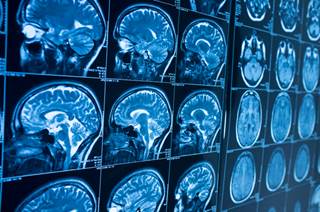 Researchers develop a model to predict which patients are more likely to harbor brain metastases at cancer diagnosis.

Brain metastases at the diagnosis of renal cell carcinoma (RCC) are associated with a higher risk of death. Their incidence does not appear to be increasing, however, and researchers have developed a model for predicting which patients are more likely to harbor brain metastases.

The findings, presented at the 2017 Genitourinary Cancers Symposium in Orlando, Florida, are based on a study examining the contemporary incidence and epidemiologic trends of RCC-associated brain metastases. For the study, investigators Maxine Sun, PhD, MPH, and colleagues at Dana-Farber Cancer Institute, Brigham and Women's Hospital, and Harvard Medical School in Boston, used 2010–2013 data from the Surveillance, Epidemiology, and End Results (SEER) database and 2010–2012 data from the National Cancer Data Base (NCDB). Dr Sun's group found an overall incidence proportion of brain metastases at RCC diagnosis of 1.5%, a proportion that remained stable during the short study period. Results also showed that the presence of brain metastases, compared with their absence, was associated with an 85% increased risk of death.

Dr Sun's team also identified variables found to be significantly associated with the presence of brain metastases, such as lymph node involvement, clear cell (vs papillary/chromophobe) histology, tumor size 7 cm or larger (vs less than 7 cm), white race (vs black race). They used these variables to develop a model for brain metastases at RCC diagnosis. The model assigns point values to these variables. The higher the score, the greater the likelihood of brain metastases. The incidence of brain metastases was 0.2%, 1.1%, and 6.5% in patients with scores of 0–3 (low risk), 4–6 (intermediate risk), and 7 or more (high risk), respectively, the investigators reported in a poster presentation. Compared with patients in the low-risk category, those in the intermediate- and high-risk categories have 7.3 and 46 times higher odds of brain metastases. The model was developed using the SEER database and validated in the NCDB.

“This type of model may be useful to consider as justification for baseline imaging in asymptomatic but high-risk patients,” Dr Sun told Renal & Urology News.

Adrenal Mass in a Patient with High-Risk RCC