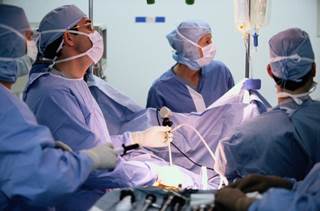 Bone surgery should be considered in patients with solitary bone metastasis and no concomitant visceral metastases, according to investigators.

Patients who have renal cell carcinoma (RCC) and solitary bone metastasis with no concomitant metastases may experience improved survival from bone surgery, according to study findings presented at the 2017 Genitourinary Cancers Symposium in Orlando, Florida.

In a study of 300 patients with metastatic RCC, bone was the only metastatic site in 64 patients (21%), and 22 of them (7%) had a synchronous solitary bone metastasis (SSBM), defined as a single bone metastasis without concomitant visceral lesions at the initial diagnosis of RCC, as Fiorella Ruatta, MD, of IRCCS Candiolo (Turin), Italy, and colleagues reported in a poster presentation. The remaining 236 patients (79%) had concomitant metastases at other sites.

Patients in good, intermediate, and poor risk groups as determined by Memorial Sloan Kettering Cancer Center (MSKCC) score had a median OS of 43, 22, and 7 months, respectively.

The investigators concluded that, in the presence of solitary bone metastasis without concomitant metastases at the initial diagnosis of RCC, bone surgery or other curative local therapy should be considered to achieve local tumor control and increase survival.

The study is the largest single-institution experience evaluating prognosis in patients with bone metastases from RCC.