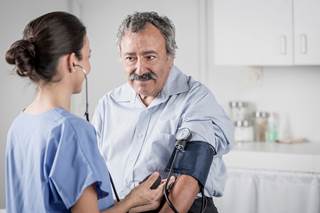 In a controlled study, a high-phosphate diet increased systolic and diastolic blood pressure and pulse rate in people with normal renal function.

The finding provides “at least one important explanation for the association of dietary phosphate intake and/or plasma phosphate concentrations with increased cardiovascular morbidity and mortality, irrespective of renal function,” a research team led by Reto Krapf, MD, of the University of Basel in Liestal, Switzerland, reported recently in the Journal of the American Society of Nephrology.

After 6 weeks, all individuals received intramuscular injections of vitamin D3 (600,000 U). Investigators were blinded to treatment assignment.

Compared with the low-phosphate diet group, the high-phosphate diet group had a significant 0.23 mmol/L increase in mean fasting plasma phosphate level, 4.1 and 3.2 mm Hg increase in 24-hour systolic BP and diastolic BP, respectively, and mean increase in 24-hour pulse rate of 4 beats per minute. In addition, the high-phosphate group experienced increases in urinary metanephrine and normetanephrine. Vitamin D had no effect on any of these parameters, according to the investigators.

“This exploratory, physiologic study shows that a controlled increase in dietary phosphate (within the range observed in a representative United States population) significantly and reversibly increases BP and pulse rate in young, health human adults,” the authors wrote. “The effect is associated with a phosphate-specific increase in sympathoadrenergic activity.”