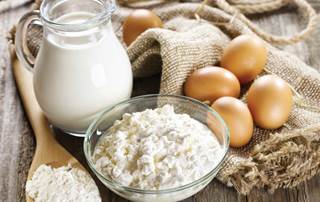 Highest vs lowest quartile of serum phosphorus is independently associated with a nearly 3-fold increased risk of diabetic nephropathy progression, a study found.

A study of 591 patients with diabetic nephropathy and 957 with IgA nephropathy found that patients in the highest quartile of serum phosphorus level had a significant 2.9-fold higher risk for disease progression than those in the lowest quartile, Haiyan Xiang, MD, and colleagues from the National Clinical Research Center of Kidney Diseases at Jinling Hospital, Nanjing University School of Medicine, reported in Advances in Clinical and Experimental Medicine.

In the IgA nephropathy group, the highest vs lowest quartile of serum phosphorus was associated with a non-significant 1.7-fold increased risk.

All patients had biopsy-proven kidney disease and at least 1-year follow-up.

The findings from the new study are consistent with those from a study published last year in the American Journal of Clinical Nutrition (2017;106:311-321). In a prospective cohort study comparing 873 patients with diabetes mellitis (DM) and 5846 individuals without DM—all without chronic kidney disease (CKD) at baseline—investigators found that the highest vs lowest quartile of dietary phosphorus density was associated with a significant increased risk of CKD development among patients with DM but not among those without DM.