Phosphate Binders Do Not Interfere With Nutrition 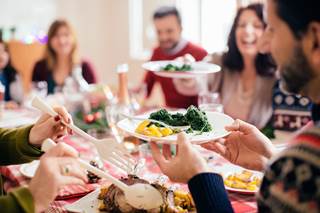 In a small study of patients on maintenance hemodialysis, phosphate binder use did not affect appetite, food intake, or malnutrition-inflammation score.

Regular use of phosphate binders does not lead to poor nutrition or anorexia, according to researchers.

During the cross-sectional study, patients completed a 3-day food diary that including a dialysis day, a nondialysis day, and a weekend day. At blood collections, patients graded their appetite over the past week according to a 5-point Likert scale. In addition, patients reported their hunger, fullness, and desire to eat on a visual analogue scale (VAS) after a standard meal at dialysis sessions.

Appetite, dietary intake, biochemical nutritional markers, anthropometric measures, and malnutrition-inflammation score (MIS) were similar in all 3 groups, according to results published in the Asian Pacific Journal of Clinical Nutrition. Moreover, MIS scores showed no relationship with VAS scores for appetite in any group. The odds of feeling full were a significant 5 times higher in the sevelamer and lanthanum group compared with controls. However, the sensation of fullness did not reduce nutrient intake.

“Regular use of these phosphate binders was not associated with anorexia, decreased dietary intake and nutritional status in the study population,” the authors concluded. “Therefore, there is no preference in the choice of phosphate binders in MHD patients with hyperphosphatemia, even those who are at nutritional risk.”