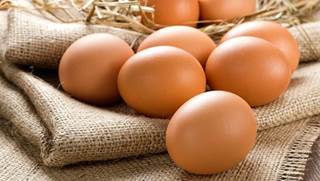 In a small study of hemodialysis patients, substituting egg white for meat and fish in 3 meals per week resulted in a significant decrease in serum phosphate.

In a randomized trial, Bruna Guida, MD, of Federico II University of Naples in Italy, and colleagues assigned 23 nondiabetic HD patients (mean age 53 years; 15 male) with hyperphosphatemia (defined as a phosphate level of 5.0 mg/dL or higher) to replace fish or meat with egg white in 3 meals per week or continue their regular Mediterranean style diet for 3 months. Egg whites could be consumed only once per day for lunch or dinner. They suggested replacing one (120 g) serving of meat with 5.5 egg whites or one (150 g) serving of fish with 6 egg whites in dishes such as smoothies, veggie casseroles, egg salads, scrambles, and omelets. Adherence to the “egg white” diet was high. Patients continued their usual drug therapy, including phosphate binders, recombinant erythropoietin, and vitamin D3 analogues.

Over 3 months, serum phosphate levels dropped significantly more in the intervention group than in the control group: 4.9 vs 6.6 mg/dL, according to results in Nutrition, Metabolism & Cardiovascular Diseases. Declines from baseline levels also were observed at 1 and 3 months. Meanwhile, weight and body composition (assessed with bioelectrical impedance analysis or serum albumin measurements) remained unchanged in all patients. The team found no differences in energy and protein intake over 3 months based on food frequency questionnaires.

Animal proteins are an important target for a phosphate-lowering diet, according to the investigators. Meat and fish have about 60% bioavailable phosphorus, whereas egg white are very low in phosphorus but high in protein.

“The partial replacement of meat and fish with egg white induces a significant decrease in serum phosphate without causing protein malnutrition and could represent a useful instrument to control serum phosphate levels in hemodialysis patients,” Dr Guida and colleagues concluded.