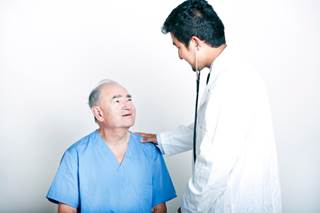 In a Japanese study, patients with the lowest serum phosphate levels at dialysis initiation had the greatest death risk.

In patients initiating dialysis, serum phosphate levels correlate with all-cause mortality, according to findings from a new Japanese study published in Renal Failure.

A team led by Akiko Owaki, MD, of Tosei General Hospital in Japan, analyzed phosphate levels from 1492 patients starting hemodialysis or peritoneal dialysis during 2011 to 2013 at 17 centers. After propensity score-matching, all-cause mortality was significantly higher among patients in the lowest quartile of serum phosphate at dialysis initiation (Q1: mean 4.4 mg/dL) than among those in the higher quartiles. After adjustment for age, gender, and history of coronary artery disease, the investigators found a 31% excess death risk among patients in the lowest quartile. The association became nonsignificant after adjustment for estimated glomerular filtration rate, however.

Previous research has demonstrated a J-shaped relationship between serum phosphate and mortality in patients already on maintenance dialysis. The investigators in the current study said they believed that the low phosphate levels among patients in the first quartile reflected malnutrition.

Calcium carbonate was the only binder available in Japan at the time of the study. Use of the phosphate binder was associated with better survival than nonuse. Whether use and duration of non-calcium phosphate binders correlates with a greater survival advantage warrants further investigation.