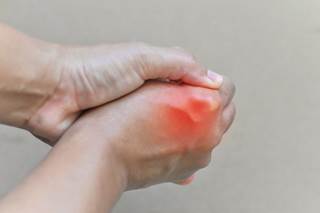 Results suggest that hyperuricemia and inflammation may be independent risk factors for ED.

The presence of gout among men is associated with an increased risk of developing erectile dysfunction (ED), which suggests that hyperuricemia and inflammation may be potential independent risk factors for ED, according to results published in The Journal of Rheumatology.

A body mass index (BMI)-matched, population-matched cohort study was conducted using The Health Improvement Network, an electronic medical record database from the United Kingdom. The investigators sought to explore the association between incident gout and the risk for incident ED in the general population. Each case of incident gout was matched with up to 5 individuals without gout, according to age, BMI, and time of enrollment. After adjusting for alcohol consumption, smoking, comorbidities, and medication use, the researchers calculated multivariate hazard ratios (HRs) for ED.

According to a sensitivity analysis, when gout cases were restricted to those receiving antigout therapy (n=27,718), the relative risk was stronger than the primary analysis (multivariate HR, 1.31; 95% CI, 1.23-1.39).

The investigators noted the study was conducted using a large UK general practice database, with findings reflective of real life and generalizable to the overall population. Because the definition of gout in this study was based on physicians' diagnoses, however, a certain degree of misclassification is possible. Increasing awareness of the presence of ED in patients with gout should lead to earlier medical attention and treatment.