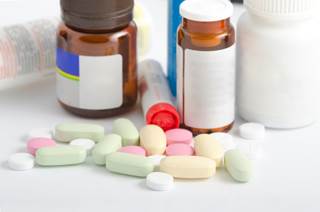 Real-world survival has improved over time among patients with advanced renal cell carcinoma (aRCC) receiving first-line targeted therapy, according to a study.

Using the Surveillance, Epidemiology and End Results (SEER)-Medicare database, Sumanta K. Pal, MD, of the City of Hope Comprehensive Cancer Center in Duarte, California, and colleagues identified 1245 adult RCC patients who received first-line targeted therapy. Researchers grouped the patients into an early cohort (2006–2009, 604 patients) and a late cohort (2010–2012, 641 patients) based on the year of the first-line targeted therapy initiation. Patients had a mean age of 68 years. Overall survival (OS) was significantly longer in the late compared with the early cohort (23.4 vs 16.7 months), Dr Pal's group reported online in Clinical Genitourinary Cancer.

The study also identified prognostic factors. Higher tumor grades and lung, bone, or liver metastasis predicted higher risks of death, whereas previous nephrectomy and use of pazopanib as first-line therapy (compared with sorafenib and sunitinib) were associated with a lower death risk.

“Our data contribute valuable information regarding OS associated with first-line targeted therapy used for aRCC, provide real-world validation of several prognostic factors noted in clinical settings, and could assist clinicians in choosing the optimal therapy for patients with aRCC according to their individual prognostic factors,” the investigators wrote.

Regarding the survival advantage associated with pazopanib versus sunitinib, the equivalent OS found in the COMPARZ trial (N Engl J Med 2013;369:722-731) for pazopanib and sunitinib might not extend to physicians who did not participant in the clinical trial, according to Dr Pal and colleagues. “Also, patient outcomes could differ in real-world practice compared with the outcomes in clinical trials,” they noted. “For the physicians captured in the present data set, pazopanib might indeed offer a survival advantage owing to its more predictable and manageable toxicity profile.”

Aly-Khan A. Lalani, MD, a genitourinary oncology fellow at the Dana-Farber Cancer Institute's Lank Center for GU Oncology in Boston, who was not involved in the study, commented that real-world studies that reflect contemporary experience with trends, practices, and outcomes in advanced RCC are important for both physicians and patients, particularly to harmonize the observations seen in clinical trial settings.

“Dr Pal and colleagues should be commended on their analysis, using the SEER-Medicare database, of patients with advanced RCC,” Dr. Lalani told Renal & Urology News. “The results confirm what we intuitively expect in clinic to be adverse prognostic factors, namely Fuhrman grade and presence of visceral metastasis. Their study also highlights the learning curve associated with the introduction of VEGF-TKIs, evidenced by the improved outcomes in their later era cohort.”

Given the limited treatment sample sizes and follow up, Dr Lalani pointed out, the results do not inform on the optimal first-line VEGF-TKI therapy.

“Future real-world studies that capture the practice of individualized dosing schedules on VEGF-TKIs, which have been increasingly incorporated into the clinic, may be more informative of the current targeted therapy era,” he said.