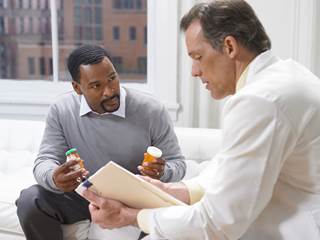 At the time of diagnosis of renal cell carcinoma, blacks had 33% lower odds of regional disease compared with whites, a new study found.

Blacks are less likely than whites to have regional or distant disease when diagnosed with renal cell carcinoma (RCC), regardless of cancer histology, according to a new study.

An analysis of data from the Surveillance, Epidemiology, and End Results database found that, compared with whites, blacks had significant 33% lower odds of regional disease and 18% lower odds of distant disease at RCC diagnosis after adjusting for age, sex, tumor grade, and year of diagnosis, Jie Lin, PhD, MPH, and colleagues from the Uniformed Services University of the Health Science in Bethesda, Maryland, reported in the European Journal of Cancer Prevention. When stratified by RCC histology, the investigators observed similar results for clear-cell, chromophobe, and other subtypes, but not for papillary RCC.