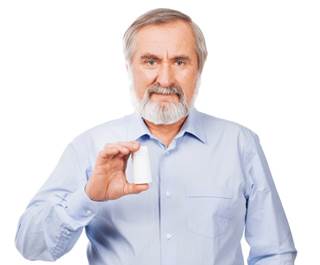 Use of the drug is associated with significantly longer progression-free survival compared with suninitib in treatment-naïve patients.

Cabozantinib is superior to sunitinib as first-line treatment of previously untreated patients with intermediate- or poor-risk advanced renal cell carcinoma (RCC), investigators reported at the European Society for Medical Oncology 2016 congress in Copenhagen.

In the randomized phase 2 CABOSUN study comparing the drugs, a team led by Toni K. Choueiri, MD, Director of the Lank Center or Genitourinary Oncology at Dana-Farber Cancer Institute in Boston, found that the median progression-free survival (PFS)—the study's primary endpoint—was significantly longer in cabozantinib than sunitinib recipients (8.2 vs. 5.6 months), corresponding to a 46% improvement in PFS favoring cabozantinib. In addition, cabozantinib treatment was associated with a clinically meaningful and statistically significant 31% decrease in the rate of disease progression or death, Dr Choueiri and his colleagues reported.

The objective response rate also was significantly greater in the cabozantinib than sunitinib group (46% vs 18%), the investigators reported.

After a median follow up of 22.8 months, the median overall survival was 30.3 months for cabozantinib compared with 21.8 months for sunitinib.

The study, which was sponsored by the National Cancer Institute in Bethesda, Maryland, included 157 patients, of whom 80.9% had intermediate-risk and 19.1% had poor-risk disease as defined by criteria established by the International Metastatic Renal Cell Carcinoma Database Consortium (IMDC).  The median follow-up was 20.8 months. In addition, 36.3% of patients had bone metastases, 46% had ECOG Performance Status (PS) 0, 41% had ECOG PS 1, and 13% had ECOG PS 2. Investigators randomly assigned patients 1:1 to receive cabozantinib (60 mg once daily) or sunitinib (50 mg once daily, 4 weeks on followed by 2 weeks off). The primary endpoint was PFS; secondary endpoints included overall survival and objective response rate.

The PFS benefits were independent of IMDC risk group and the presence or absence of bone metastases at baseline, according to the investigators.

“The results … support the potential of cabozantinib to become a new therapeutic option for previously untreated patients following their diagnosis with advanced kidney cancer,” Dr Choueiri, chair of the CABOSUN study, said in a press release. “Not only has cabozantinib surpassed sunitinib, the current standard of care, in progression-free survival and objective response rate, cabozantinib's effects on progression-free survival were also consistently favorable across patient stratification subgroups including IMDC intermediate versus poor-risk groups and presence or absence of bone metastases.”

The FDA approved cabozantinib on April 25 for the treatment of advanced RCC in patients previously treated with anti-angiogenic medications. In an interview with Renal & Urology News, Dr Choueiri said the findings from the phase 2 study might be sufficient to win an indication for front-line use. “This is up to the regulatory authorities to decide, but I think we have a strong signal here that this drug is superior,” Dr Choureiri said.