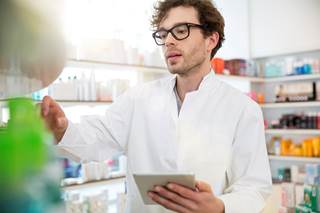 Mvasi, which is approved to treat colorectal, lung, brain, kidney, and cervical cancer, was found to be biosimilar to the drug Avastin.

(HealthDay News) — The first biosimilar drug to treat cancer has been approved by the US Food and Drug Administration.

Mvasi (bevacizumab-awwb) was found to be biosimilar to the drug Avastin (bevacizumab), the FDA said Thursday in a news release. Avastin was approved in 2004. Mvasi is approved to treat certain colorectal, lung, brain, kidney, and cervical cancers.

The most common side effects of Mvasi include epistaxis, headache, hypertension, rhinitis, proteinuria, changes in taste, and dry skin. More serious adverse reactions could include perforation or fistula, arterial and venous thromboembolic events, and posterior reversible encephalopathy syndrome. Like Avastin, labeling for Mvasi will warn of increased risk of gastrointestinal perforations; complications after surgery; and severe or fatal pulmonary, gastrointestinal, central nervous system, and vaginal hemorrhage.

"Bringing new biosimilars to patients, especially for diseases where the cost of existing treatments can be high, is an important way to help spur competition that can lower health care costs and increase access to important therapies," FDA Commissioner Scott Gottlieb, MD, said in a statement. He pledged new biosimilar drugs would be brought to market quickly, although subject to the FDA's "rigorous gold standard for safety and effectiveness."

Mvasi's approval was given to Amgen, based in Thousand Oaks, Calif. Avastin is produced by Genentech.