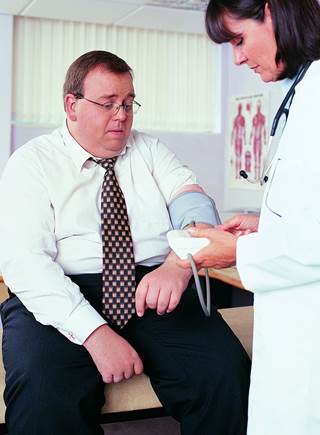 In a study of patients starting first-line systemic therapy for advanced renal cell carcinoma, patients with a low BMI were twice as likely to die as those with a high BMI.

Patients with a higher body mass index (BMI) at the start of systemic treatment for advanced renal cell carcinoma (RCC) have a greater likelihood of survival, according to investigators.

The findings is from an analysis of data from 606 patients with advanced RCC in a prospective German cohort who were initiating systemic first-line treatment. Peter J. Goebell, MD, of University Hospital Erlangen in Erlangen, Germany, and colleagues stratified patients into low (148 patients), medium (251 patients), and high BMI (207 patients) groups (less than 24, 24–28, and more than 28 kg/m2, respectively). The median overall survival in these groups was 10.9, 17.9, and 24.5, months, respectively, the investigators reported online ahead of print in Urologic Oncology.