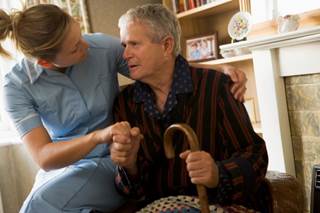 Renal and bladder cancer patients were, respectively, 77% and 73% more likely to report lifetime physical inactivity than controls without cancer.

Physically inactive individuals may be at elevated risk for renal and bladder cancer, according to a new report.

In a case-control study, a research team led Kirsten B. Moysich, PhD, and Rikki Cannioto, PhD, of Roswell Park Cancer Institute in Buffalo, New York, found that patients with renal and bladder cancer were 77% and 73%, respectively, more likely than controls without cancer to report lifetime physical inactivity after adjusting for multiple variables.

“These data add to the growing body of evidence suggesting that physical inactivity may be an important independent risk factor for cancer,” the investigators reported in Cancer Epidemiology (2017;49:24-29).

In a Roswell Park press release, Dr Moysich, the study's senior author, stated, “We hope that findings like ours will motivate inactive people to engage in some form of physical activity. You don't have to run marathons to reduce your cancer risk, but you have to do something — even small adjustments like taking the stairs instead of the elevator, walking around the block a couple of times on your lunch hour or parking the car far away from the store when you go to the supermarket.” Dr Moysich is Distinguished Professor of Oncology in the Departments of Cancer Prevention and Control and Immunology at Roswell Park.

For the study, Dr Moysich and colleagues compared 160 renal cancer patients and 208 bladder cancer patients with 766 age frequency-matched controls without cancer who received care at Roswell Park. The investigators classified as physically inactive those individuals who reported never participating in any regular/weekly recreational physical activity throughout their lifetime. They classified as physical active those participants who reported at least some regular weekly physical activity throughout their lifetime.

Recommended for you
Related Topics