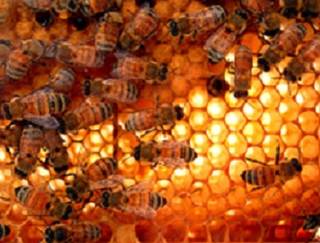 In a small study, sunitinib recipients who took royal jelly, a substance produced by worker honeybees, were less likely to experience fatigue and anorexia than those who took placebo.

Royal jelly (RJ), a substance secreted by worker honeybees that is the exclusive food for queen bees, may ease the adverse effects of tyrosine kinase inhibitor (TKI) therapy for advanced renal cell carcinoma (RCC), findings from a small study suggest.

Investigators in Japan conducted a double-blinded study that included 33 patients with advanced RCC who were placed on TKI therapy, with sunitinib the most commonly prescribed medication (63% of cases). They randomly assigned 16 patients to take RJ orally at the start of therapy and 17 to receive placebo. The RJ group had a significantly lower frequency of fatigue and anorexia compared with the placebo group, Kyohei Araki, MD, of Nagasaki University Graduate School of Biomedical Sciences in Nagasaki, Japan, and colleagues reported in Medicines.

In addition, the RJ group had significantly longer periods free from dose reductions or treatment discontinuation than the placebo group.

“In conclusion, our results demonstrated that prophylactic RJ intake is effective for the prevention and suppression of sunitinib-induced fatigue and anorexia,” the investigators wrote. “In addition, RJ did not affect treatment safety and compliance. Specifically, we found that the risk of TKI dose reduction or discontinuation was significantly lower in the RJ group than in the placebo group.”

The authors noted that, to their knowledge, their report is the first to document the preventive effect of RJ on anorexia in RCC patients.

Kidney cancer and some other cancers tied to obesity are increasing the most rapidly among individuals younger than 50.

First-line treatment of metastatic renal cell carcinoma with tyrosine kinase inhibitors is associated with worse progression-free and overall survival in patients with non-clear-cell vs clear-cell histology.