Conversion of Robotic Partial to Radical Nephrectomy Is Uncommon 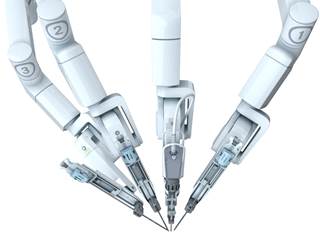 In a multinational, prospective study, just 5% of cases converted.

Of 501 patients from 14 centers in 9 countries undergoing RAPN 2014 to 2017, just 5% converted to RN, Sohrab Arora, MD, of Vattikuti Urology Institute in Detroit, and colleagues reported online ahead of print in Urology. The low conversion rate corroborates previous studies identifying rates of 0% to 5.5%.

Patients converted to RN tended to be older (median age 66 vs 59 years) and had significantly higher body mass index (BMI, median 32.8 vs 27.8 kg/m2), Charlson comorbidity score (median 6.0 vs 4.0), and American Society of Anesthesiologists score (score ≥3: 52.0% vs 27.3%). On multivariate analysis, the team identified BMI and age-adjusted Charlson comorbidity score as independent predictors of conversion. They posited that higher BMI indicates perinephric and hilar fat that can hamper tumor visibility. BMI also might serve as a proxy for other medical conditions.

Tumor characteristics including clinical stage, location, multifocality, and RENAL score were not associated with increased risk for conversion. Preoperative renal function also did not appear to play an important role.

“Thus, a complex tumor does not necessarily indicate a higher risk of conversion and clinicians should continue to prioritize nerve-sparing approaches whenever possible,” Dr Arora and his colleagues stated. The team credited the 2009 standardization of nephron-sparing surgery in renal masses less than 4 cm and a recent emphasis in the 2017 American Urological Association guidelines for increased RAPN.

Of note, estimated blood loss did not differ significantly between patients who did and did not convert (median 100 and 100 mL, respectively). “This might be due to the fact that the decision to convert is mostly taken after visualization of tumor, after which the hilum is controlled, directly proceeding to RN,” Dr Arora's team suggested. Bleeding was listed as a reason for conversion in only 2 cases. Operative time was significantly higher in converted procedures, which might indicate an area for improvement.

Among the limitations, the database lacked sufficient information on the reasons for conversion, details of intraoperative events prompting conversion, and surgeon preoperative assessment of conversion risk.