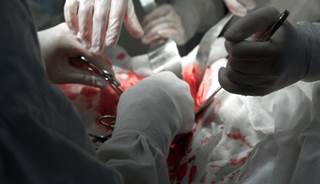 Lymph node dissection does not influence overall survival in patients with nonmetastatic renal cell carcinoma, even among patients with clinically positive nodal disease.

The study included 11,867 patients from the National Cancer Database who underwent nephrectomy (partial or radical) for nonmetastatic RCC and LND from 2010 to 2014.

To minimize selection bias, 9750 patients who received LND were propensity score matched to 9750 controls who underwent nephrectomy but not LND. Median overall survival (OS) was 34.7 months in the LND group and 34.9 months in the no-LND group, a nonsignificant difference, first author Nicholas J. Farber, MD, Chief Resident in Urology at Rutgers Robert Wood Johnson Medical School (RWJMS), and colleagues reported in Urologic Oncology. The study also found no significant difference in median OS between LND and no LND among patients with clinically positive lymph nodes (36.7 and 35.1 months, respectively). The number of lymph nodes removed and exposure to neoadjuvant or adjuvant therapy did not change this finding.

The team, led by Eric A. Singer, MD, MA, of the Rutgers Cancer Institute of New Jersey and RWJMS, noted: “With the recent FDA approval of novel immunologic treatments and an adjuvant targeted therapy it may be reasonable to consider LND for the purpose of staging and to help guide future therapeutic choices”.