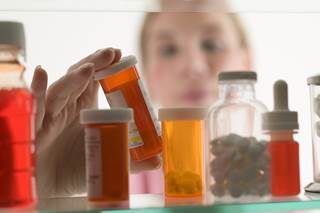 The researchers found that patients treated with ABT had decreased progression-free survival compared with those not receiving ATB.

Lisa Derosa, MD, from the Gustave Roussy Cancer Institute at the Paris-Sud University in Villejuif, France, and colleagues examined the effect of ATB use in mRCC patients treated with immune checkpoint inhibitors in a retrospective analysis of patients treated in prospective trials. Eighty patients were enrolled who were treated with anti-PD-1/PD-L1 monotherapy (67 patients), anti-PD-1 plus CTLA-4 (10 patients), or anti-PD-L1 plus bevacizumab (3 patients). Twenty percent of patients were treated with ATB, mostly beta-lactamases and fluoroquinolones.

The researchers found that patients treated with ABT had decreased progression-free survival compared with those not receiving ATB (2.3 vs 8.1 months; P <.001). After multivariate adjustment for age, gender, International Metastatic Renal-Cell Carcinoma Database Consortium risk groups, tumor burden, and proton pump inhibitors, the statistically significant correlation persisted. Objective response rate was lower in those treated with ATB (P <.002). There was a negative trend toward overall survival for patients treated with ATB, although it was too early to draw conclusions (median follow-up of less than 6 months).

"These early findings show that doctors prescribing cancer immunotherapy should pay closer attention to antibiotic use," Derosa said in a statement.