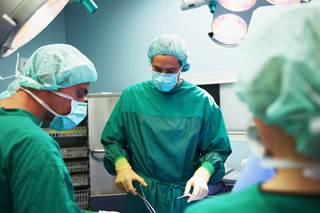 Liam C. Macleod, MD, MPH, of the University of Washington Medical Center in Seattle, and his team studied 537 mRCC patients using 2006–2011 data from the Medicare-SEER (Surveillance, Epidemiology, and End Results) linked database. Of these patients, 190 had initial CN followed by targeted therapy and 347 had initial targeted therapy.

According to results published online ahead of print in Urology, median OS was 17.4 months for initial CN compared with 9.2 months for patients receiving targeted therapy. Median OS was 20.5 months for patients undergoing initial systemic therapy with deferred CN. Propensity score matching showed a 5.8 month survival advantage for initial CN. On multivariate and propensity-adjusted analyses, initial systemic therapy was associated with a 2-fold increased risk of death compared with initial CN.

The investigators noted that this finding agrees with a 2004 meta-analysis by Robert C. Flanigan, MD, and colleagues published in The Journal of Urology. In the current study, a trend toward better survival (71%) was also demonstrated in an instrumental variable analysis considering unmeasured confounders.

The role of CN as initial therapy in mRCC has been questioned lately, according to the investigators. Their data showed geographic variation in the use of initial CN, possibly reflecting provider uncertainty.

“Initial CN is associated with improved OS compared with initial systemic therapy in the contemporary mRCC era,” Dr Macleod and his colleagues concluded.

In an acknowledgement of study limitations, the authors noted that their cohort was restricted to Medicare beneficiaries, who may not reflect all patients with mRCC. Moreover, appropriate use of the Medicare-SEER linked database require exclusion of nearly 85% of the screened mRCC population, further decreasing generalizability, according to the investigators.

“Our study anticipates results of prospective randomized controlled trial data that will definitively address this clinical conundrum,” Dr Macleod and the team concluded.