Radical, Partial Nephrectomy Do Not Differ in Survival Outcomes 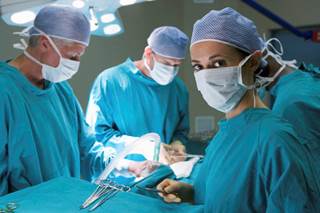 Radical and partial nephrectomy for small renal cell carcinoma (RCC) tumors are associated with similar cancer-specific and all-cause mortality, according to investigators.

In their propensity-score (PS) based analysis of 1609 patients with cT1 RCC (of whom 919 and 690 underwent PN and RN, respectively), Boris Gershman, MD, of the Warren Alpert Medical School of Brown University in Providence, Rhode Island, and colleagues at Mayo Clinic in Rochester, Minnesota found no statistically significant associations between nephrectomy type and distant metastases, cancer-specific, or all-cause mortality, after adjusting for preoperative and pathologic features.

The 1609 patients with cT1 RCC in the PS analytic cohort were a subset of an overall cohort of 2459 patients with a cT1 solid renal mass treated with RN (39%) or PN (61%). In the overall cohort, the RN group was older than the PN group (mean 66 vs 61 years) and had more advanced tumors and more adverse tumor features. The RN group also had a greater comorbidity burden and worse Eastern Cooperative Oncology Group performance status.

“Our findings reinforce prior observations that patients who undergo RN have more aggressive tumor characteristics and more advanced disease,” the authors wrote. “The inability to properly adjust for these confounding variables may result in the paradoxical association of inferior oncologic outcomes with more radical surgery.”