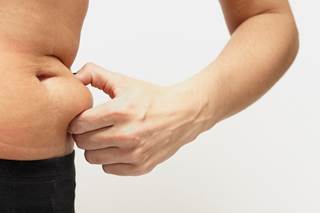 Researchers assessed the outcomes of 2092 patients with nm-cRCC who received surgery with curative intent.

Obesity is a known risk factor in the development of RCC and is present in more than a quarter of reported cases — but  its utility as a prognostic factor remains unclear. Furthermore, evidence for how obesity modifies mortality has been mixed once factoring in the age of the patient.

In the retrospective study, researchers assessed the outcomes of 2092 patients with nm-cRCC who received surgery with curative intent. Patients were categorized as young if they were younger than 45 years, and the mean BMI was 24.7±3.1 (there was no significant difference in BMI observed between the older and younger patient populations). Postoperative follow-ups were performed every 3 months for the first 6 months, every 6 months for the following 3 years, then every year thereafter. The median follow-up was 40 months.

The 5-year CSS among older patients was 95.2% and 91.7% in high-BMI and low-BMI patients, respectively (P= .004); after taking into consideration confounding factors, high BMI was found to be an independent predictor for CSS in older patients. Among younger patients, the 5-year CSS was 98.0% in the high-BMI group and 96.6% in the normal-BMI group (P= .420).

Findings of the study demonstrated that high BMI had prognostic value for RFS and CSS for patients with nm-cRCC, but only among older patients. The authors concluded that “there is an age-dependent relationship between obesity and nm-cRCC prognosis.”