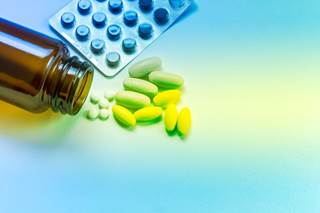 At 5 years, 59.3% of patients treated with sunitinib were free from recurrence versus 51.3% who received placebo.

“This is the first adjuvant treatment approved for patients with renal cell carcinoma, which is significant because patients with this disease who have a nephrectomy are often at high risk of the cancer returning,” said Richard Pazdur, MD, director of the FDA's Oncology Center of Excellence in the Center for Drug Evaluation and Research, according to a news release. “There is now an approved therapy for patients who previously did not have options to potentially reduce cancer recurrence.”

The new approval was based on a randomized trial of 615 patients (72% male) with high risk of recurrent RCC following nephrectomy. Sunitinib was taken for 4 weeks on, 2 weeks off for 1 year or until recurrence, secondary malignancy, toxicity, or patient withdrawal. At 5 years, 59.3% of patients treated with sunitinib were free from recurrence and were alive compared with 51.3% of patients receiving placebo.

Sunitinib should be discontinued if necrotizing fasciitis, erythema multiforme, Stevens-Johnson syndrome, or toxic epidermal necrolysis occurs. It is contraindicated for pregnant women.