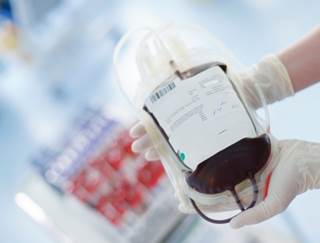 Perioperative blood transfusion (PBT) is associated with a worse prognosis following nephrectomy for renal cell carcinoma (RCC), according to a new study.

In a study of 1159 RCC patients undergoing nephrectomy (52% partial and 48% radical), receipt of a PBT was associated with a 2.1-, 2.4-, 2.5-, and 2.2-fold increased risk of tumor recurrence, metastatic progression, RCC-related death, and all-cause mortality, respectively, Yasmin Abu-Ghanem, MD, of Sheba Medical Center in Tel Hashomer, Israel, and colleagues reported online ahead of print in Urologic Oncology.

“Although these findings require further validation, continued efforts to minimize the use of blood products in patients with RCC are essential,” the authors concluded.

The investigators also looked at whether the association between PBT and prognosis remains significant when examined among the 582 patients in the PN group, of whom 87 (14.9%) required PBT. After controlling for patient and tumor-related variables, PBT recipients had a significant 5.9- and 5.8-fold increased risk of metastatic progression and cancer-related death, respectively, compared with patients who did not receive a PBT.