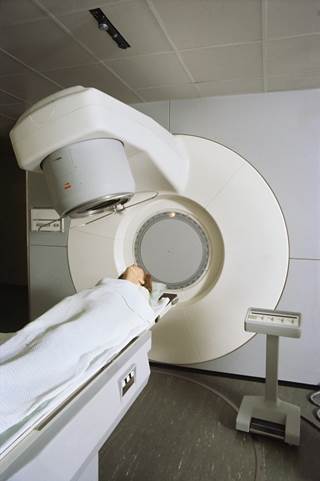 Stereotactic ablative radiotherapy is associated with high 2- and 4-year rates of local cancer control and progression-free and cancer-specific survival.

Stereotactic ablative radiotherapy (SABR) for patients with primary renal cell carcinoma (RCC) is well tolerated and is associated with excellent local oncologic control, researchers concluded based on a pooled analysis of data from patients treated with the modality at 9 institutions in 5 countries.

Interestingly, patients treated with single-fraction SABR had better progression-free and cancer-specific survival than those who received multifraction SABR, investigators reported online ahead of print in Cancer.

SABR is a noninvasive technique for the high-precision delivery of ablative therapeutic radiation that can be delivered in a single or multiple treatment sessions, they explained. “Although it has been established for the treatment of malignancies in the lung, liver, and spine, radiotherapy is an often overlooked approach in RCC,” they noted.

The study, led by Shankar Siva, MD, PhD, MBBS, of the Peter MacCallum Cancer Center in Melbourne, Victoria, Australia, included 223 patients (mean age 72 years) with primary RCC from institutions in German, Australia, the United States, Canada, and Japan. Of these patients, 118 received single-fraction and 105 received multifraction SABR. At 2 years, the rates of local control, cancer-specific survival (CSS), and progression-free survival (PFS) were 97.8%, 95.7%, and 77.4%, respectively. The rates at 4 years were 97.8%, 91.9%, and 65.4%, respectively.

Patients who received multifraction SABR had a significant 2-fold and 6-fold increased risk of progression and cancer-specific mortality, respectively, compared with patients treated with single-fraction SABR.

Patients who received single-fraction SABR were younger and had better performance status and smaller tumors.

Results also showed that SABR was well tolerated, with a 1.3% rate of grade 3 and 4 toxicity and largely preserved renal function. The mean decrease in estimated glomerular filtration rate (eGFR) at last follow-up was 5.5 mL/min/1.73 m2. The study found that 52 patients (26.5%) had an improvement in eGFR after treatment. “It is unclear what the underlying pathophysiologic mechanism of this finding could be, whether it is secondary to tumor response and subsequent renal function recovery, a hyperfiltration state post-treatment, or a compensatory functional improvement in the contralateral kidney.”

The authors concluded that “just as patients who have comorbid medical conditions now receive standard treatment with SABR for early stage lung cancer, a similar paradigm could unfold in patients who have RCC. The current large-scale, individual patient pooled analysis marks an important step in advancing this new paradigm, demonstrating a favorable toxicity profile and excellent oncologic outcomes.”

The authors noted that a key strength of their study is that included the largest cohort to date of patients with RCC treated with SABR. “Although merging data from multiple institutions increased the generalizability and statistical power, a limitation of this approach is the introduction of bias because of variations in data-collection procedures across institutions.”

The 9 institutions involved in the study are members of the International Radiosurgery Oncology Consortium for Kidney (IROCK).

Recommended for you
Related Topics