Sunitinib Alone or After Surgery for mRCC Offers Similar Outcomes 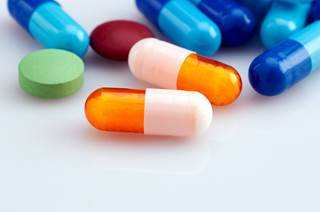 Sunitinib alone is no less effective than cytoreductive nephrectomy (CN) followed by sunitinib for overall survival of patients with intermediate- to poor-risk metastatic clear-cell renal cell carcinoma (mRCC). The long-awaited findings from the phase 3 CARMENA trial were published online June 3 in the New England Journal of Medicine.

During 2009 to 2017, Arnaud Mejean, MD, of Européen Georges-Pompidou–Paris Descartes University in Paris, and colleagues randomly assigned 450 surgery candidates from more than 79 European centers to sunitinib alone (50 mg daily for 28 days on, 14 days off every 6 weeks) or CN followed by sunitinib treatment 3 to 6 weeks later (standard therapy). Patients were considered intermediate- to poor-risk based on the Memorial Sloan Kettering Cancer Center prognostic model, which, according to the researchers, has become less relevant than the International Metastatic Renal Cell Carcinoma Database Consortium (IMDC) model in the targeted therapy era.

Over a median 50.9 months, 326 patients died. Results showed the sunitinib-alone group had no worse overall survival than the nephrectomy-sunitinib group. Median overall survival was 18.4 vs 13.9 months, respectively. The investigators also found no significant differences in progression-free survival or response rate. The most common adverse events were as anticipated. Overall, 37 patients reported asthenia, 20 hand-foot syndrome, 16 anemia, 15 neutropenia, and 10 urinary tract disorders.

“Our study is the first to question the need for surgery in the era of targeted therapies and clearly shows that surgery for certain people with kidney cancer should no longer be the standard of care,” Dr Mejean stated, according to a news release. Dr Mejean and the team noted that the study population was selective. Patients with minimal metastases were excluded, and these purportedly are good candidates for CN.

Robert J. Motzer, MD, and Paul Russo, MD, of Memorial Sloan Kettering Cancer Center in New York City, offered a take-home message in an accompanying editorial. “For practicing surgeons and medical oncologists, these data should not lead to the abandonment of nephrectomy but instead emphasize the importance of careful selection of patients undergoing nephrectomy, on the basis of published risk models. The main focus in on pretreatment risk features, resectability of the primary tumor, status of health, and the presence of other medical conditions in determining who is most likely to benefit.”