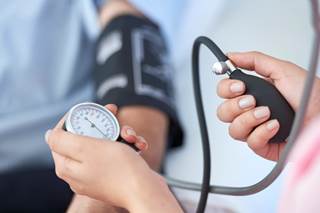 Analyses demonstrated that an ABI of 1.79 correlated with radiographic evidence of calcified vessels.

SAN DIEGO—Ankle-brachial index (ABI) may provide a simple and practice way to diagnose vascular calcification in patients on hemodialysis (HD) who have severe hyperparathyroidism (SHPT) and hyperphosphatemia, according to new study findings reported at the American Society of Nephrology's Kidney Week 2018.

Two-thirds (66%) of patients displayed calcification on radiographs of the hands and pelvis, with an Adragão Score greater than 3. Three quarters (76%) showed arteriovenous fistula (AVF) calcification and half (52%) lumbar aortic calcification.

According to Dr Leite's team, these findings support a role for phosphorus in osteoblastic differentiation of vascular smooth muscle cells and calcification at the media of arterial walls. They added that ABI is a simple and practical clinical tool performed at bedside that can aid diagnosis in this population.