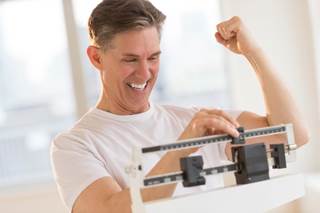 (HealthDay News) -- Most cancer deaths among white Americans could be prevented through 4 healthy lifestyle changes, according to a study published online in JAMA Oncology.

The results are based on 135,910 US health professionals, followed since the 1980s, divided into 2 groups: one considered to have a low risk of cancer, based on the 4 lifestyle factors; and a higher-risk group. People in the low-risk group were normal-weight or mildly overweight; had never smoked; either abstained from alcohol or drank moderately (no more than 1 drink per day for women, or 2 per day for men); and got at least 2.5 hours of moderate exercise every week.

Over the years, the low-risk group had fewer cancers. If the higher-risk group had followed the same lifestyle habits, the researchers estimated, one-quarter to one-third of their cancers could have been avoided. And close to half of their cancer deaths might have been prevented. But because the study group consisted of health professionals, they actually had healthier habits than the average American, study author Mingyang Song, MD, ScD, a research fellow at Harvard Medical School in Boston, told HealthDay.

So the researchers used federal cancer statistics to see what could happen if all white US adults met those same lifestyle standards. The investigators estimated that roughly half of cancer diagnoses could be averted, along with 67% of deaths among men and 59% among women. Cancers of the lungs, throat, kidneys, liver, bladder, colon, and pancreas would all show significant declines.