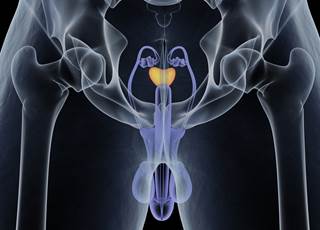 An new editorial offers an explanation why radium-223 used in combination with prednisone and abiraterone did not lower the risk of symptomatic skeletal events in men with mCRPC.

Bone loss resulting from excessive use of prednisone with abiraterone and radium-223 may explain the higher risk of fragility fractures among men in the ERA clinical trial, according to an editorial published in European Urology.1

“This editorial was written in order to provide potential explanations on why the association of radium-223 with abiraterone plus prednisone unexpectedly failed to meet its primary endpoint, the prevention of skeletal-related events,” corresponding author Alfredo Berruti, MD, professor of medical oncology at the University of Brescia in Italy, told Renal & Urology News.

Glucocorticoid-induced inhibition of bone formation involves multiple pathways, resulting in strong suppression of osteoblast differentiation, maturation, and activity, Dr Berruti and his colleagues wrote. He and his colleagues say they believe the trial findings, which were presented at the 2018 congress of the European Society for Medical Oncology, were primarily due to a negative interaction between radium-223 and prednisone leading to a synergistic inhibition on osteoblast activity and the consequent bone coupling derangement favoring the prevalence of osteoclast activity. “Prednisone supplementation needs to be administered to patients during abiraterone therapy in order to inhibit ACTH [adrenocorticotropic hormone] increase and the consequent mineral corticoid excess; however, the prednisone dose administered in the ERA223 trial (10 mg daily) is excessive,” Dr. Berruti said. “We felt it important to share our point of view in the scientific community since the consequence of this trial is a sort of pessimism linked to radium-223 administration, and we strongly believe the drug still remains an important therapeutic option in the management of castration resistant prostate cancer patients.”

Previous studies have shown that abiraterone and prednisone/prednisolone improves progression-free survival (PFS) and overall survival (OS) in men with metastatic CRPC (mCRPC). In addition, data have shown that use of radium-223 is associated with increased OS and a decreased risk of symptomatic skeletal events (SSEs) in men with mCRPC and bone metastases.