Good Quality of Life Reported Even in Advanced Prostate Cancer 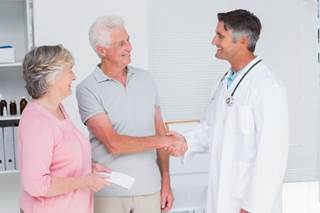 Men with advanced disease report health-related quality of life similar to that of those with localized disease.

Most men with advanced prostate cancer (PCa) experience similar health-related quality of life to men with localized disease and even the general population in the 42 months after initial diagnosis, according to new study findings.

For the Life After Prostate Cancer Diagnosis study, a team led by Adam Glaser, DM, of Leeds Institute of Medical Research at St James's in the United Kingdom, conducted an extensive survey by mail of 35,823 PCa patients from cancer registries in England, Northern Ireland, Wales, and Scotland. Of the 30,733 patients with known disease stage, 63.8% had stage I or II, 23.4% stage III, and 12.8% stage IV.

According to results published online ahead of print in Lancet Oncology, men with stage I to II and stage III PCa reported good self-assessed health on the EuroQol questionnaire, with mean scores of 77.8 and 76.6, respectively. Stage IV patients scored only slightly lower (71.7). These results compared well with scores from men in the general Irish and English populations: mean 77.2 and 74.2, respectively. Nearly a quarter (23.5%) of patients with metastases reported no problems with mobility, self-care, usual activities, pain, anxiety, or depression.

“This apparent resilience of men with prostate cancer might be accounted for by the gap hypothesis of quality of life, with the diagnosis of a life-threatening illness and subsequent experience of undergoing treatment leading to recalibration of expectations and values,” Dr Glaser and his colleagues suggested.

Overall, 81% of patients complained of poor sexual function. For stage I to II, III, and IV patients, mean scores were just 28.5, 16.4, and 11.9, respectively. Nearly 56% of all patients were not offered any intervention. Of those offered help, only 39% found it beneficial.

“The evidence suggests that there are subgroups of men who would benefit from service improvements around sexual rehabilitation and measures to minimise the use of ADT,” Dr Glaser and the team stated. “These measures could include wider use of intermittent ADT (rather than continuous use), the avoidance of unnecessary ADT (ie, for non-metastatic disease), and the use of shorter courses of neoadjuvant treatment (reduced from 3 years to 1 year).”

Adjustments were made for patient age, socioeconomic status, and the number of other long-term conditions.

Because men with stage IV disease are likely to experience deterioration in health-related quality of life after 42 months, detailed, longer-term studies are still needed, according to the study authors.

The study by Dr Glaser's group “is a step in the right direction in helping those of us who treat prostate cancer to obtain a better understanding of how patients are coping with their disease and treatments,” Fred Saad, MD, of University of Montreal Hospital Center in Montreal, wrote in an accompanying editorial.

Continued intensive research efforts are needed to optimize and personalize care of patients with PCa, he observed. “For the time being, we can be reassured, however, that in terms of patient-perceived quality of life, we might be doing a better job than we previously thought.”