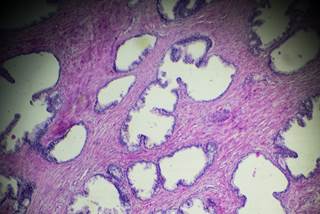 Men with a single negative prostate biopsy have a 20-year cumulative rate of prostate cancer diagnosis of 23.7%, a study found.

Almost one quarter of men who have a single negative prostate biopsy are eventually diagnosed with prostate cancer (PCa) within 20 years, according to investigators.

Given the significantly higher PCa mortality rates in older men, more aggressive follow-up and treatment approaches may be warranted in medically fit older individuals with a history of a negative TRUS-guided biopsy, according to the investigators.

The authors said their investigation is the first population-based study to assess long-term cancer outcomes in North American men with a single negative TRUS-guided prostate biopsy. The study included the largest patient series to date, and the study's median follow-up of 8.1 years is the longest, they stated.

Study limitations included the lack of prebiopsy PSA values, clinical stage, ethnicity, family history, biopsy-derived Gleason score, number of sampled cores, and imaging findings, Dr Sayyid and his colleagues stated. In addition, as their study inclusion period extended back to 1994, “it is likely that a significant proportion of men in our cohort underwent a sextant biopsy as opposed to the currently used systematic 12-core biopsy protocol.”