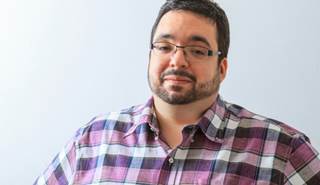 A body mass index of 30 kg/m2 or higher was was associated with 2-fold increased risk of dying from prostate cancer.

Overweight and obese men appear to have greater risks of dying from prostate cancer (PCa) than normal weight individuals following primary treatment with radical prostatectomy (RP), a new study finds. Although radiation and androgen-deprivation therapy were equally or more likely in these patients, salvage treatment did not confer a survival advantage.

“This does not imply obesity causes more aggressive PC[a]. Rather, obesity may be associated with other factors such as poor diet or lack of exercise, which we could not adjust for, which may explain this association,” Adriana Vidal, MD, of Cedars Sinai Medical Center in Los Angeles, and colleagues wrote in Prostate Cancer and Prostatic Diseases. Obesity might represent a modifiable risk factor for the disease.

Neither weight category was tied with biochemical recurrence or castration-resistant PCa, as they were in the team's past studies.

For the study, Dr Vidal and colleagues retrospectively analyzed data from 4268 veterans who underwent RP within the Shared Equal Access Regional Cancer Hospital (SEARCH) database. Over 6.8 years, 1384 men had biochemical recurrence, castration-resistant PCa developed in 117 patients, and 84 died from their cancer. The investigators accounted for competing causes of death.

According to the researchers, future studies with larger populations are warranted to confirm the findings and rule out other possible causes of increased PCa mortality. For example, it's possible that obese men treated with androgen deprivation have low testosterone suppression.