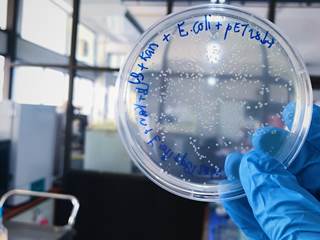 In a meta-analysis, the risk of infectious complications was 78% lower with fosfomycin trometamol versus fluoroquinolones in men undergoing TRUS-guided prostate biopsy.

“Our findings present FT as an appropriate and superior alternative to FQ-based TRUSPB prophylaxis,” Matthew J. Roberts, MD, of the University of Queensland in Brisbane, Australia, and his colleagues wrote in the World Journal of Urology. FT is bioavailable within 1 to 4 hours of administration.

The team performed a systematic review and meta-analysis of 5 studies conducted from 2009 to 2015, including 3 randomized trials and 2 retrospective cohort studies of 3112 patients. Results showed that the risks for infectious complications and more severe infections (i.e., bacteremia, febrile urinary tract infection, and urosepsis) were 78% and 87% lower, respectively, with FT compared with FQ. Additionally, fewer infections from FQ-resistant pathogens were observed with FT prophylaxis. Medication-related side effects were minimal.

“FT is bactericidal with broad Gram-positive and Gram-negative coverage, including E. coli, Citrobacter, Enterobacter, Klebsiella, and Enterococcus spp, but is less effective against Pseudomonas and Acinetobacter spp than FQ,” Dr Roberts's team explained.

The investigators urged judicious use of FT because drug resistance remains possible. They also suggested that future studies compare FT to targeted prophylaxis based on risk assessment or rectal cultures.

The studies in the meta-analysis were conducted in the Mediterranean region (Turkey, Egypt, Spain, and Italy) where FQ resistance is common. So the research findings need to be confirmed in other populations.

Is "Fusion" Technology Heralding the "Anatomic" Age for Prostate ....