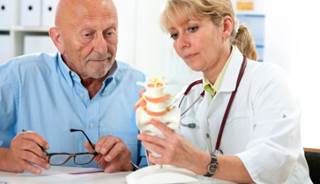 CRPC patients treated with radium-223 spent fewer days in the hospital both before and after a skeletal event compared with placebo recipients.

Radium-223 reduces the use of healthcare resources for treating symptomatic skeletal events among patients with castration-resistant prostate cancer (CRPC) who have bone but no visceral metastases, according to a new study.

In a post-hoc analysis of the randomized, phase 3 ALSYMPCA (Alpharadin in Symptomatic Prostate Cancer Patients NCT00699751) trial involving 901 patients, Christopher Parker, MD, and colleagues, compared the effect of radium-223 and placebo on hospitalizations before and after a first symptomatic skeletal event. They defined an event as the need for external beam radiation therapy for bone pain, symptomatic pathologic vertebral or non-vertebral bone fractures, spinal cord compression, or tumor-related orthopedic surgical intervention.

The investigators previously reported that radium-223 offered a survival advantage and was associated with lower odds of a first and second skeletal event by 34% and 35%, respectively. Now they add that fewer patients who received radium-223 as 6 monthly injections had a hospitalization within a year of treatment initiation (37.0% vs 45.5%). The number of hospitalizations per patient was similar for treated and untreated patients, however (0.69 vs 0.79), possibly due to the 1-month difference in follow-up times.

All told, the data suggest that radium-223 not only provided a survival benefit but delayed skeletal events and reduced hospital stays, potentially improving health-related quality-of-life in patients with CRPC accompanied by symptomatic bone metastases, Dr Parker and colleagues concluded in an online report in the European Journal of Cancer.

The investigators acknowledged that they did not examine the possible effects of bisphosphonate treatment, although a similar proportion of both the radium-223 and placebo groups took bisphosphonates. They also could not directly examine pain and its management.

According to the original trial results published in the New England Journal of Medicine (2013;369:213-223), fewer adverse events of all grades occurred in the radium-223 than placebo group.

The study was funded by Bayer, Inc. Several authors disclosed fees from Bayer and other pharmaceutical companies.