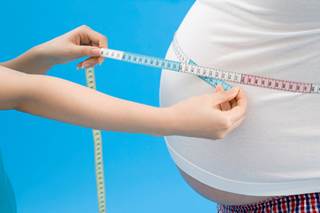 End-stage renal disease is nearly 1.9 times more likely to develop in donors with a body mass index of 30 kg/m2 or higher.

In a study of 119,769 living kidney donors in the United States, Jayme E. Locke, MD, MPH, of the University of Alabama at Birmingham, and colleagues found that individuals who were obese at the time of donation had a significant 86% increased risk of ESRD compared with their non-obese counterparts in adjusted analyses, according to a paper published online ahead of print in Kidney International. The investigators adjusted for age, sex, ethnicity, blood pressure, baseline estimated glomerular filtration rate, and relationship to recipient.

In addition, each 1-unit increment in body mass index (BMI) above 27 kg/m2 was associated with a significant 7% increased risk of ESRD.

Dr Locke and colleagues commented that their study is the first national study to examine risk for ESRD among a cohort of obese living kidney donors.