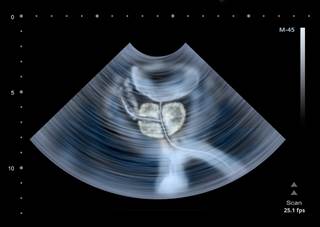 Findings from a small study suggest it could be an effective, safe, and attractive alternative to fluoroquinolones, bacterial resistance to which is becoming increasingly prevalent.

Oral fosfomycin may be a good alternative to fluoroquinolones for treating chronic bacterial prostatitis (CBP), according to the findings of a small study.

In a prospective observational study of 44 men, an oral regimen of 3 g of fosfomycin once daily for 1 week followed by 3 g of the drug once every 2 days for 6 to 12 weeks resulted in a cure rate of 82% cure rate at the end of treatment (EOT) and 80% and 73% at 3 and 6 months, respectively, Ilias Karaiskos, MD, of Hygeia General Hospital in Athens, and colleagues reported in the Journal of Antimicrobial Chemotherapy.

More than half of patients (59%) had multidrug-resistant (MDR) bacterial strains, and 33 strains were resistant to fluoroquinolones. All strains were susceptible to fosfomycin.

Microbiologic eradication was achieved in 86% and 77% of patients at EOT and 6 months, respectively. Twelve patients experienced treatment failure, defined as persistence or relapse of clinical symptoms during therapy or follow-up and signs of inflammation on transrectal ultrasound (TRUS) or magnetic resonance imaging (MRI). Diarrhea was the most frequent adverse event, occurred in 18% of patients “Oral fosfomycin, particularly in the era of MDR prevalence, represents an attractive, safe, and effective alternative to fluoroquinolones for the treatment of CBP,” the authors concluded.

CBP is difficult to treat, the authors explained, with few oral antibiotics capable of achieving therapeutic concentrations in the prostate. Fluoroquinolones are considered the cornerstone of treatment because of their in vitro activity and advantageous pharmacokinetics in prostatic tissue, they stated. Urinary and prostatic infections due to multidrug-resistant (MDR) Gram-negative Enterobacteriaceae, however, are increasing sharply worldwide, even in community settings, Dr Karaiskos' team noted. The prevalence of fluoroquinolone-resistant community uropathogens in many countries is greater than 10%, they added.

“Fosfomycin is in an antimicrobial class of its own and is structurally unrelated to any other agent currently approved for clinical use,” Dr Karaiskos' team pointed out.

The most common pathogen detected in the study population was Escherichia coli (66%), followed by Klebsiella spp. (14%), and Enterococcus faecalis (14%). The causative pathogens were identified using the gold-standard Meares-Stamey examination in 19 cases and urine cultures in 25 cases. During follow-up, all patients were re-evaluated with urine cultures at 6 and 12 weeks (except for 5 patients who underwent a second Meares-Stamey procedure) and at 3 and 6 months. TRUS was performed in 31 cases, prostate MRI in 26 cases, and both in 13 at the start of treatment.

With regard to study limitations, the authors acknowledged that study was conducted at a single center and included a small sample size without a control group receiving the best available treatment.

J. Curtis Nickel, MD, professor of urology at Queen's University in Kingston, Ontario, who has conducted extensive research on chronic prostatitis, told Renal & Urology News in an email that he has been using fosfomycin for difficult urinary tract infections and bacterial prostatitis since 1995. “The fact that this older antibiotic has retained its favorable antibiotic sensitivities, while other classes of antimicrobials have either lost theirs (MDR pathogens) or are worrisome because of known side effects (the fluoroquinolones) has made fosfomycin even more appealing for urinary tract infections in general and bacterial prostatitis specifically.”

Dr Nickel said he has been interested in using fosfomycin since he and his colleagues first studied the drug in the early 1990's, particularly when the researchers “showed its superior ability to penetrate bacterial biofilms, a problem that can result in treatment resistant chronic bacterial prostatitis.” The findings of that research were published in 1995 in Antimicrobial Agents and Chemotherapy.

He pointed out, however, that fosfomycin is difficult to administer. It is a granular powder that needs to be dissolved in water and taken immediately on an empty stomach and/or at bedtime with an empty bladder. Some patients find this more difficult than taking an antibiotic pill, and others say it causes indigestion on an empty stomach and diarrhea. The drug also is expensive. “But these issues are offset by its excellent penetration into prostatic tissue, and as these authors have pointed out in their study, beneficial clinical results,” Dr Nickel said.

Investigators observe higher rates of clinical cure or microbiologic eradication in patients treated with plazomicin vs meropenem, including those with infections due to Enterobacteriaceae not susceptible to aminoglycosides.