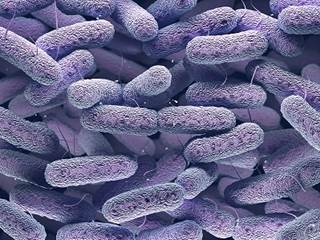 Plazomicin is superior to meropenem in treating complicated UTIs due Enterobacteriaceae not susceptible to aminoglycosides.

At late follow-up, defined as 24 to 32 days after initiation of therapy, a significantly smaller proportion of patients in the plazomicin than meropenem treatment arm had microbiologic recurrence (3.7% vs 8.1%) or clinical relapse (1.6% vs 7.1%), Florian M.E. Wagenlehner, MD, of Justus Liebig University in Giessen, Germany, and colleagues reported in The New England Journal of Medicine.

“The lower incidence of microbiologic recurrence and clinical relapse in the plazomicin group than in the meropenem group at late follow-up suggests that the greater microbiologic eradication with plazomicin has additional clinical benefit for patients with complicated UTIs, including acute pyelonephritis,” Dr Wagenlehner's team wrote.

Plazomicin is an aminoglycoside with bactericidal activity against multidrug-resistant Enterbacteriaceae. Meropenem is a carbapenem antibiotic. The investigators noted that carbapenems are being used increasingly to treat complicated UTIs. “The incidence of multidrug resistance has continued to increase—and now includes carbapenem resistance; therefore, alternative treatment options are needed,” the authors stated.

In EPIC, investigators randomly assigned patients to receive intravenous (IV) plazomicin (15 mg per kilogram of body weight once daily) or meropenem (1 g every 8 hours) for 7 to 10 days. The plazomicin and meropenem arms had 191 and 197 patients, respectively. Of these, 84 (44.0%) and 78 (39.6%) had acute pyelonephritis, respectively.

The trial was funded by Achaogen and the Biomedical Advanced Research and Development Authority.